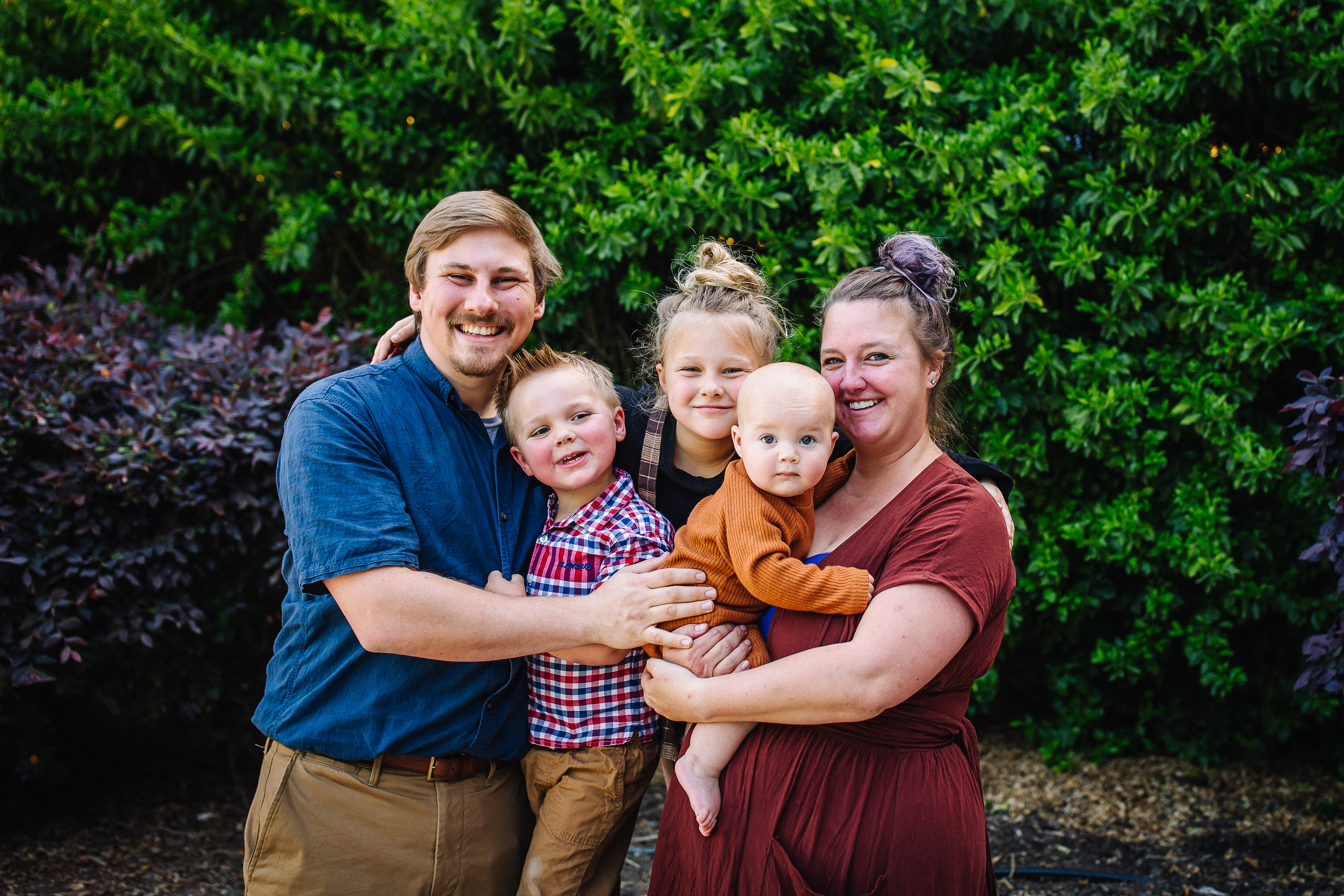 Jonathan Dennis grew up as a pastor's kid in Georgia, Kansas, and (mostly) Cleveland, Ohio. Despite Jonathan's strenuous objections (after experiencing church trauma and depression in middle school), God called Jonathan into the ministry in his late teens. He began pursuing an education in Biblical Studies at Grove City College in Pennsylvania. He graduated in 2011 and went on to receive a Master's in Divinity from Reformed Theological Seminary in 2017. Jonathan has been in the EPC (our church's denomination) since 2010, serving as a Family Ministries Director and Senior Pastor.

While at Grove City, Jonathan met his wife Sarah. They have been married since 2011 and have three kids, Aletheia, Caedan and Finn. Sarah is a photographer and gifted conversationalist. She loves coffee and having people nearby with whom to share it. Aletheia (Thia) loves drawing and make believe. She tells wonderful stories, has strong opinions and loves Star Wars and dragon stories. Caedan skipped learning to climb, instead he learned to run fast enough that when he ran into something he would catapult himself onto it. This serves as a metaphor for his personality. Finn loves laughing and making strange noises.

Jonathan loves reading books of all sorts of genres, playing all kinds of sports (at a mediocre-at-best talent level), biking or kayaking in the country, and completing items on his to-do lists. Jon has been taught long-suffering by being a Cleveland sports fan. Jon came to Hope because of the church's clear humility, thoughtfulness, love of the Lord and His Word, and excitement for their community. But the biggest reason was that he and Sarah love the people of the church and believe in their vision for the future and are excited to be a part of it. 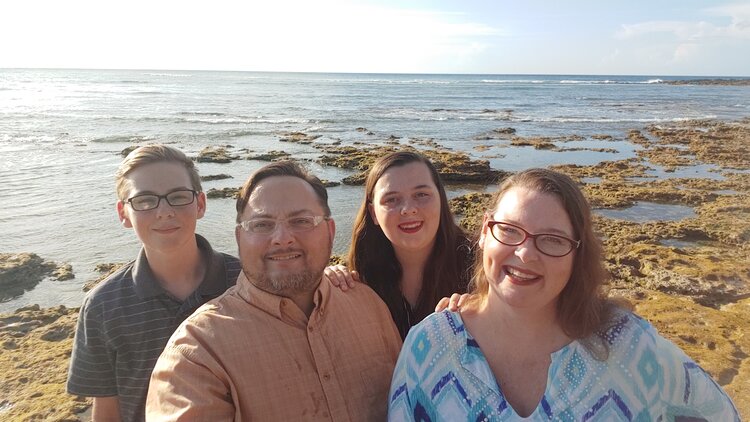 Chrishon Ducker [pronounced Krish-OHN] grew up in Myrtle Beach, South Carolina. He is an avid sports fan, playing soccer, golf, and surfing in his youth. Chrishon received a BA degree from Winthrop University (‘94) where he studied history and political science. It was there, at Reformed University Fellowship (RUF), that the Lord brought Chrishon to the saving knowledge of Christ.

Chrishon and Danielle have two teenage children. Charissa [pronounced Kar-iss-ah] is a college sophomore and attends the University of Mary Washington. CJ is a high school senior and attends Riverbend High School. They are both kind and creative. 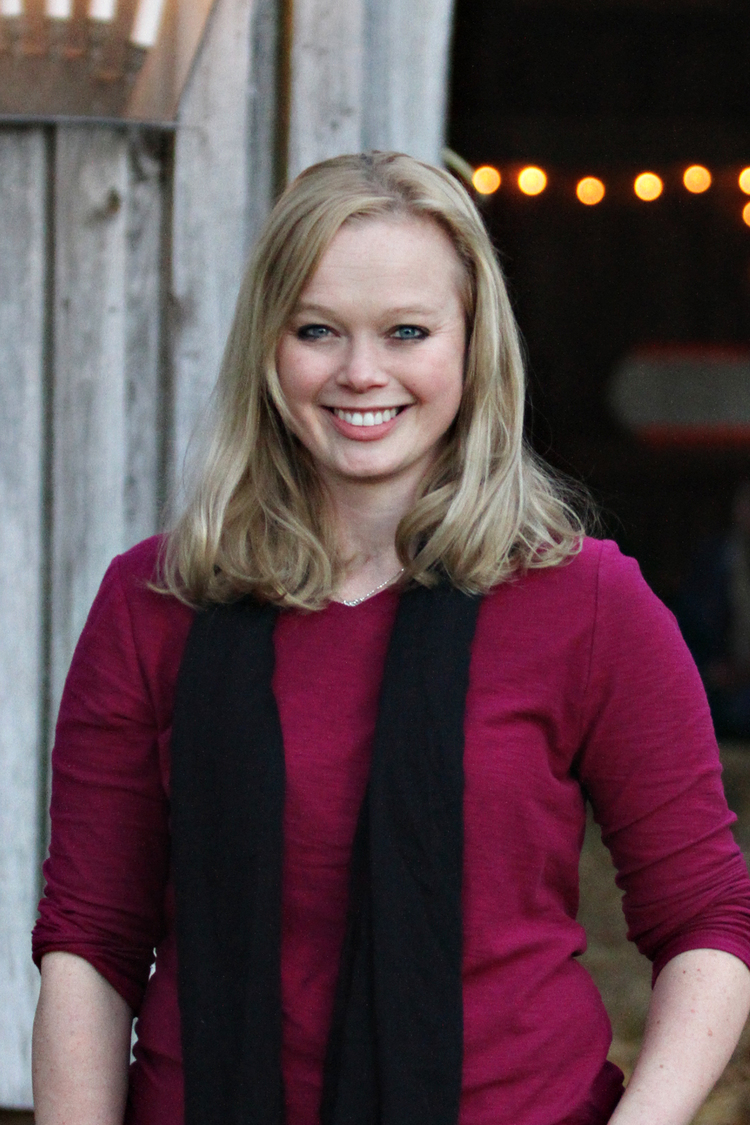 Melissa is a wife and mother of two awesome teenage boys. She loves playing with them in the woods, digging in the dirt, and attempting to grow plants. She was born and raised in Virginia and has a bachelors of science in communication studies and a minor in music. Melissa previously served as the children's program director at The Point Church in Charlottesville, VA, taught piano lessons, run a small home daycare, worked as a leader in vacation Bible school for many years, taught Sunday school, and is excited about what God has in store for the children of Hope Presbyterian. 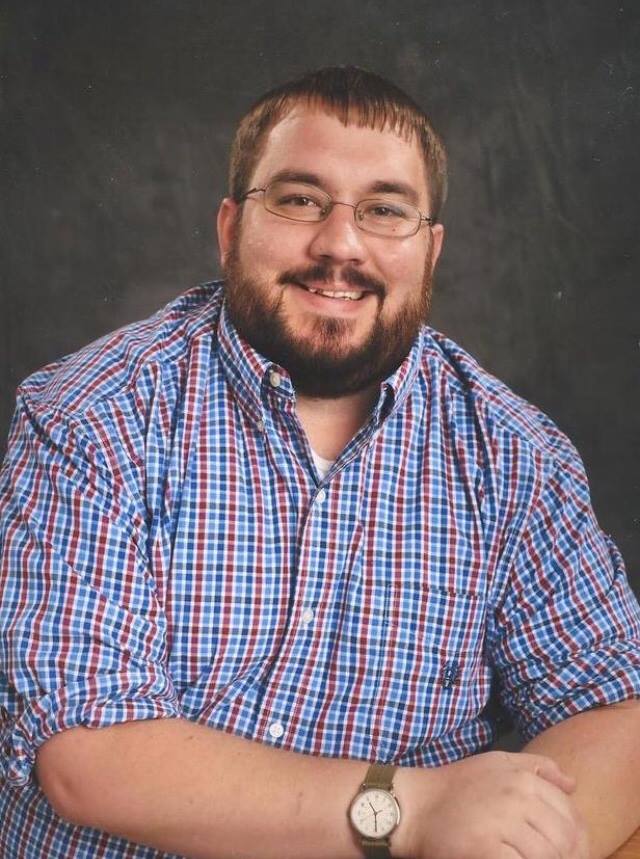 Bryan is the son of a Presbyterian pastor and he still wants to be his dad when he grows up. A native of Pennsylvania, Bryan moved to Virginia when he was a teenager and decided to enroll at the University of Mary Washington here locally in Fredericksburg where he earned his B.A. in history with a concentration in U.S. race relations. Bryan has 16 years of experience working with children and youth in both church and camp ministry settings. When he's not hanging out with the youth of Hope Pres you can usually find Bryan outside hiking, exploring new places, cheering on his Green Bay Packers, or thumbing through three or four good books as he slowly makes his way towards his Masters of Divinity at Reformed Theological Seminary, in Washington D.C. 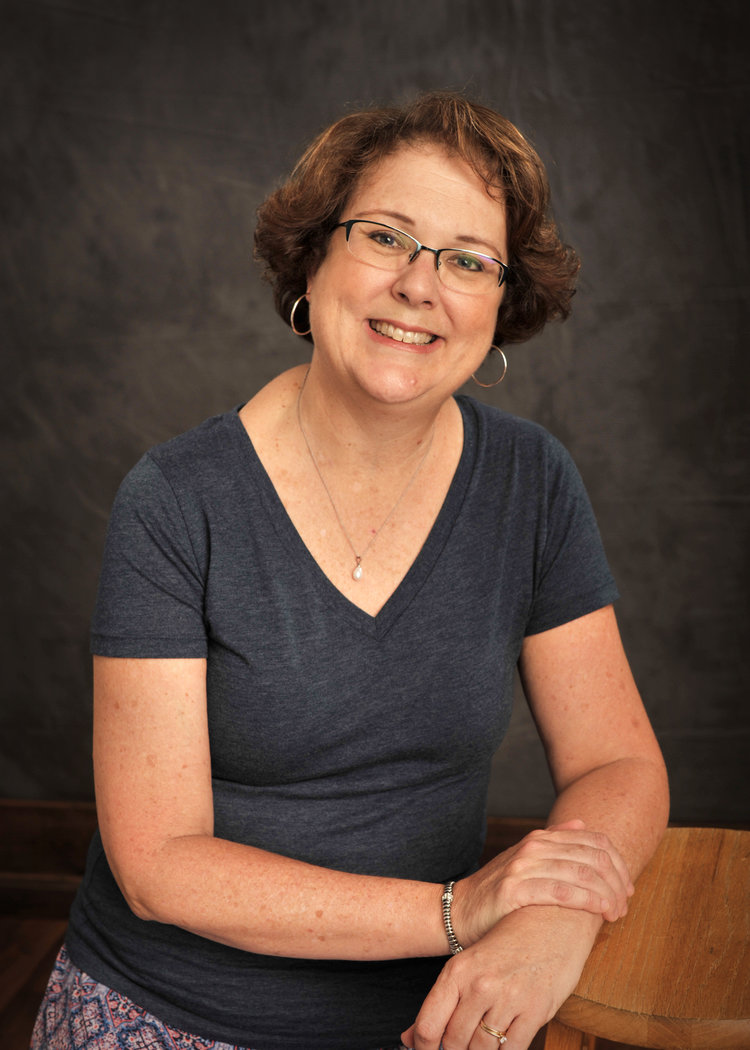 Terry Jo is a career educator who retired as a reading specialist/literacy coach in 2015…and never expected her retirement gig to be in the office at Hope!  She feels truly blessed that God opened that door and led her to a job that she loves.  Terry Jo has lived in Virginia all her life and she and her husband Lyne are long-time Spotsy County residents.  Hobbies include singing, reading, cheering on favorite sports teams (especially football and baseball!) and spending as much time as possible with the grandkids! 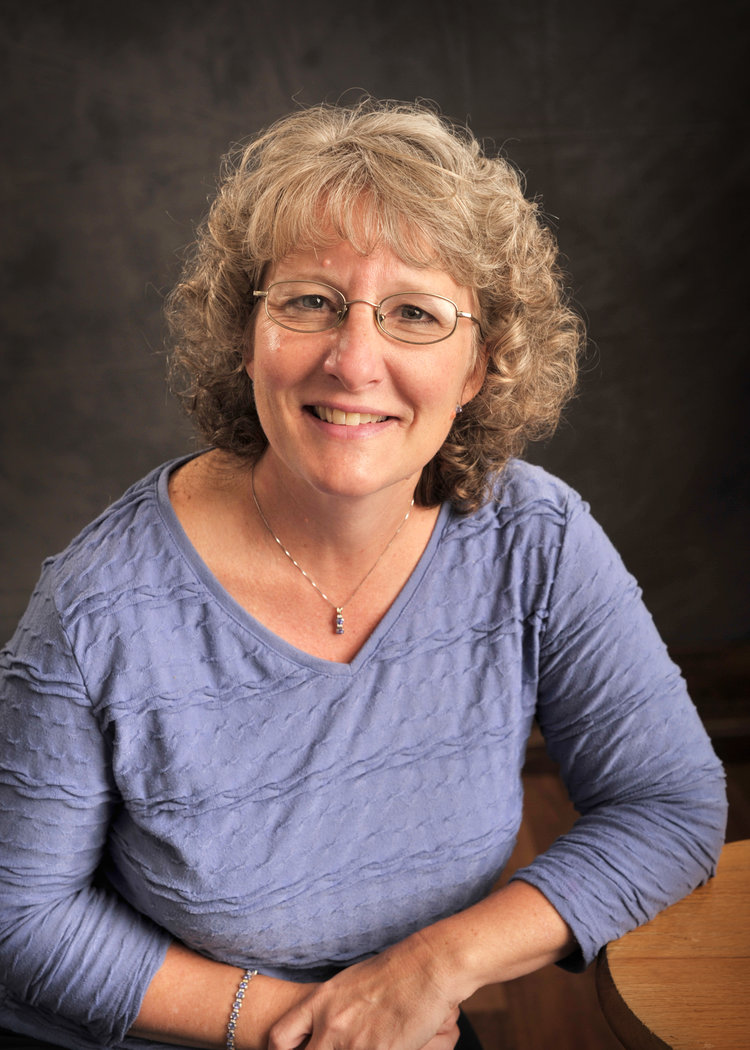 Laurie has lived in Spotsylvania all of her married life – 30 years.  She and her husband, Mark, have 4 children, 3 boys and 1 girl.  She is a native of New York and Pennsylvania and eagerly cheers on her beloved Penn State Nittany Lions through all sports seasons.  When not working at Hope, you can usually find Laurie at the restaurant she and Mark own. 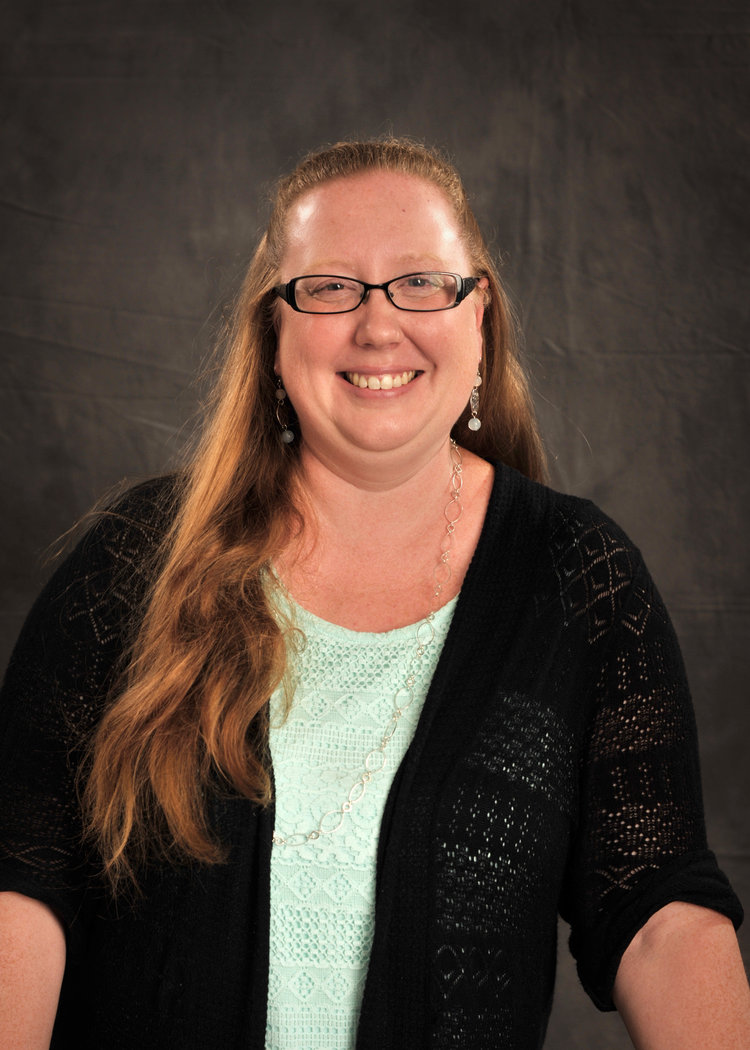 Amy grew up just north of Pittsburgh, PA.  She got her start in church music at a young age when her mom, who was the music director of a small Presbyterian church, persuaded her to begin playing the piano for the church choir. She moved to Virginia upon graduating from Shenandoah University, where she received her B.M. in Music Education, and began teaching middle school band.  She is currently working toward her Masters in School Counseling.  When she’s not leading worship at church, you may find Amy cheering for her Steelers/Penguins, tagging along with the youth on a mission trip, or teaching piano lessons. She hopes to instill a love for music in all the students she teaches, just in case one of their moms one day asks them to accompany the church choir! 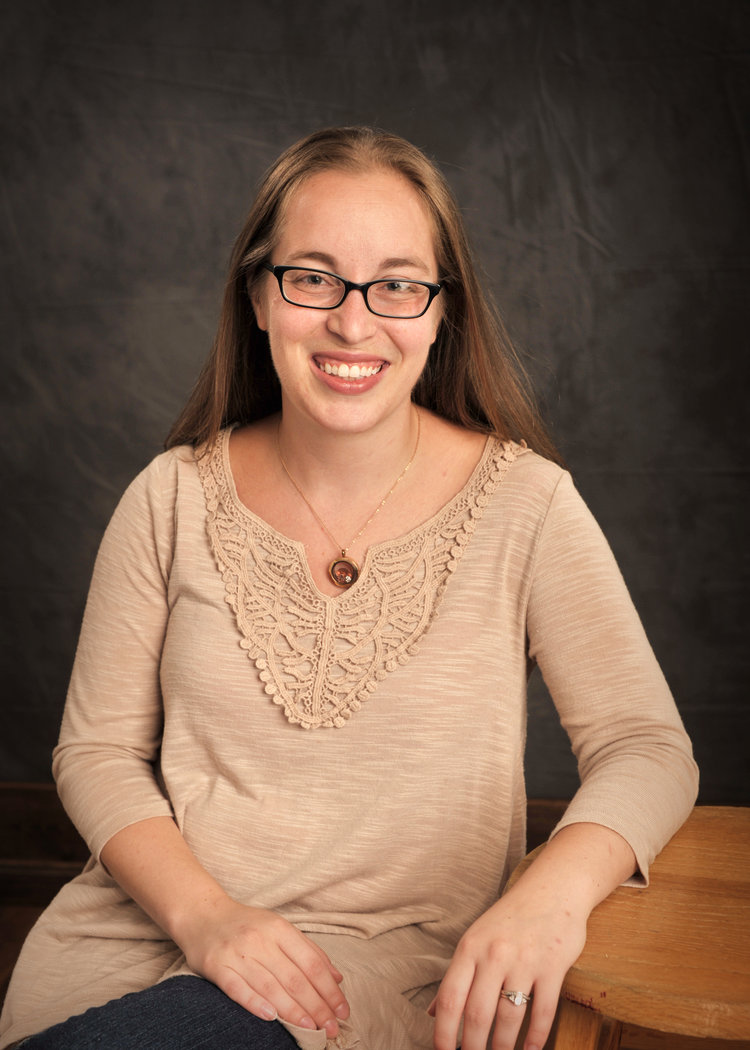 Alyssa is the vocal choir and bell choir director at Hope.  She is originally from Iowa, and has also lived in Florida and Arizona.  Alyssa works as a chorus teacher at a local middle school, and in her free time she enjoys reading, watching movies, cross-stitch, and travel.  She is married to John, who is an electrician, and has two children: Jocelyn and David who are active in the Hope Youth and Childrens' ministries. 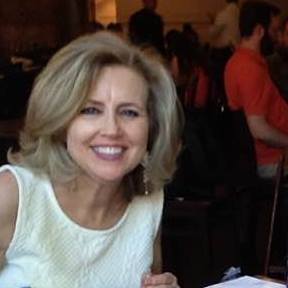 Cheryl is originially from Kansas and grew up as the daughter of a Free Methodist Minister. A graduate from the University of Kansas (Go Jayhawks) and the University of Nebraska, Lincoln (Go Cornhuskers), Cheryl remains a passionate fan of both sports teams. She is married with two biological daughters and now has a teen foster daughter at home. She loves music of most sorts with a particular passion for the classics. Cheryl has previously taught music in K-12 settings in public and private schools in Kansas and Texas, and currently teaches ESL classes to predominately Muslim members of our community here in Fredericksburg. 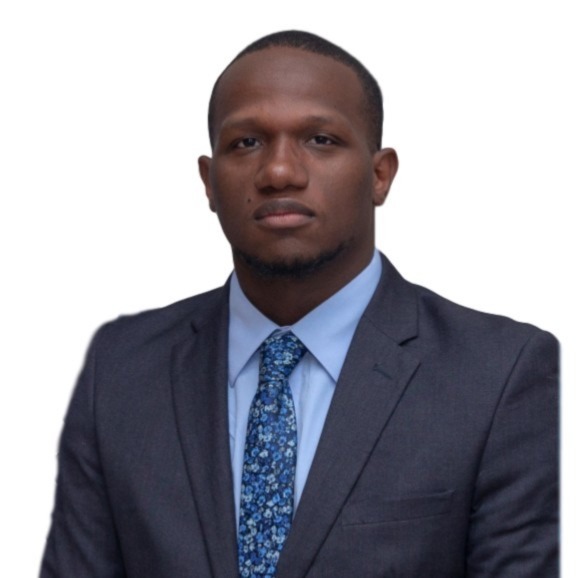 DeAndre is from a small city in West Virginia. He started working with audiovisuals at his home church when he was 10. That is when he realized he had a true passion for creating media. DeAndre served four years in the United States Marine Corps on active duty and then served five years in the Marine Corps Reserves. Before moving to Virginia, DeAndre lived in Orlando, FL, where he studied Live Event Production at Full Sail University and Valencia College. He is also currently enrolled at Arkansas State University Online to add a B.S. in Creative Media to media arsenal. When DeAndre is not working, you can find him outside enjoying an outdoor adventure, watching the Washington Commanders on TV, or trying to keep up with his amazing and energetic toddler son.